Hello, we are Marimo Studio! We’ll be taking over for this week and talking to you all about the history of coffee.

There, legend says the goat herder Kaldi first discovered the potential of these beloved beans.

The story goes that Kaldi discovered coffee after he noticed that after eating the berries from a certain tree. His goats became so energetic that they did not want to sleep at night.

As word moved east and coffee reached the Arabian peninsula. It began a journey which would bring these beans across the globe.

Coffee cultivation and trade began on the Arabian Peninsula. By the 15th century, coffee was being grown in the Yemeni district of Arabia and by the 16th century it was known in Persia, Egypt, Syria, and Turkey.

European travelers to the Near East brought back stories of a strange dark black beverage. By the 17th century, coffee had made its way to Europe and was becoming popular across the continent.

Some people reacted to the drink in fear and, and called  it the “bitter invention of Satan.” Despite the controversy, coffee houses were quickly becoming centers of social activity and communication in the major cities of England, Austria, France, Germany and Holland. In England “penny universities” sprang up, so called because for the price of a penny one could purchase a cup of coffee and engage in stimulating conversation.

Coffee began to replace the common breakfast drink beverages of the time — beer and wine. Those who drank coffee instead of alcohol began the day alert and energized, and not surprisingly, the quality of their work was greatly improved. (We like to think of this as a precursor to the modern office coffee service.) 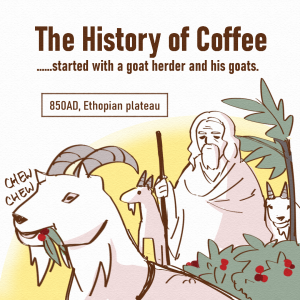 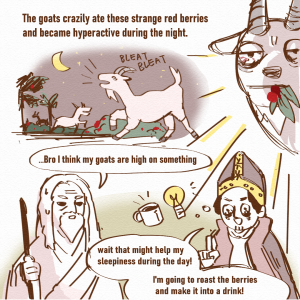 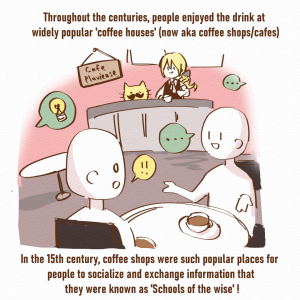 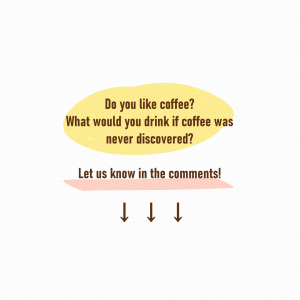 These leads to our Game~

Cafe Pluvieuse” is an educational simulation game with role playing elements. It introduces young aspiring barristers and the general public to different types of coffee, where they come from, their flavour notes as well as the composition of certain drinks. In the game, the player runs a small cafe and serves a wide range of coffee tastes to customers.

The aim of our project is to increase the player’s knowledge about the variety of coffee drinks and how they are made, as well as differences between types of coffee machines. 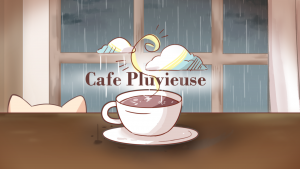 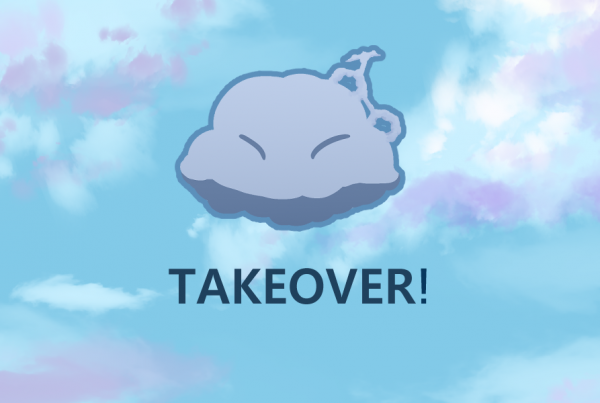 Part 2 – Setting Up Triggers To Play Your Animation

Part 1 – Importing Your Animations To Unity